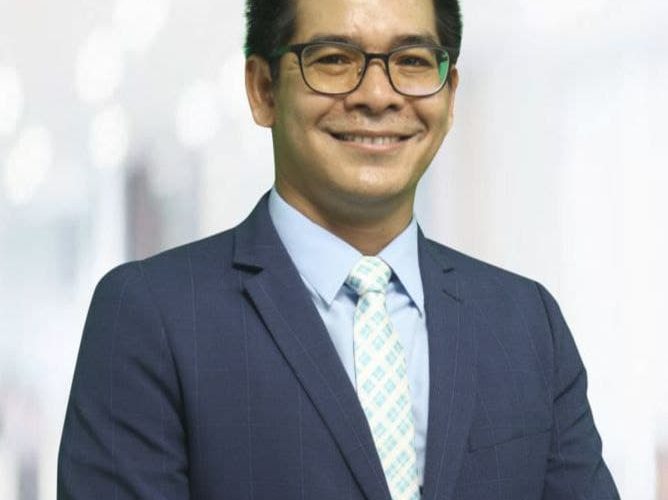 The wildfires burning Australia in 2019, the raging wildfires in California of the United States of America in August, the catastrophic floods in Germany and some European countries in July, and the recent heatwave with some of the highest temperatures ever recorded in Canada and North America killing hundreds of people manifest the grave threats of climate change posed to humanity. They are clear pieces of evidence that no single continent or place on earth is safe from climate change. Climate change is real and is becoming more destructive.

Ranked in the top ten most vulnerable countries to climate change globally and among the top three most vulnerable in Asia, Cambodia considers climate change response a priority. Therefore, it has actively participated in international negotiations based on Common but Differentiated Responsibilities and Respective Capabilities (CBDR–RC).

In 1994, Cambodia was a net carbon sink country, emitting 59,708 megatonnes of CO2-equivalent, while removing 64,850 megatonnes of CO2-equivalent, and only became a low-emitting country in the early 2000s. Since then, the government has been actively involved and implemented projects for GHG Mitigation. In addition, it has built institutions for climate change responses and mainstreamed climate change mitigation into national policy, public investment, and sectoral and sub-national development plans. As a result, Cambodia ratified the Paris Agreement in 2017 and submitted its updated Nationally Determined Contribution (NDC) in December 2020.

With forest and other land use sharing a large proportion of national GHG emissions of 60.94% and 49.23% between 2016 and 2030, Cambodia has been promoting sustainable forest management as one of the key measures for reducing GHG and responding to climate change. To achieve the goals, the government has established more than 70 protected areas covering 7,3 million hectares, which is approximately 41 per cent of the country’s total land area, one of the highest proportions in the world. At the same time, Cambodia has developed the Strategy for Reducing Emissions from Deforestation and Forest Degradation (REDD+) (2017–2026) and has implemented several actual REDD+ projects.

Since 2016, the country has generated US$11,6 million from carbon trading of two REDD+ in voluntary markets to international companies, including Disney, Kering, Intuit, Shell, and Gucci. The budget from trading has been spent on conserving and protecting biological resources and ecosystems and improving the livelihoods of local communities inhabiting the protected areas. Independent evaluations confirmed that the projects had contributed to reducing deforestation, biological loss, and local livelihood improvement.

At present, under collaborations with international non-governmental organisations (i.e. Wildlife Conservation Society, Conservation International) and transnational corporates (i.e. MITSUI & CO. LTD.), the Cambodian government is researching the possibility to extend and pilot REDD+ projects in other protected areas. With more REDD+ projects, it may be able to look into potential markets, which provide even better prices for carbon credits in addition to the existing voluntary carbon markets. For example, the price of carbon in the European market is approximately US$49.78 per ton of carbon, while the price on the voluntary markets is more than four times cheaper.

Moreover, natural parks, mangroves, and green scenery are necessary for human happiness, emotional sustenance and healing, and they reduce air-pollution-borne diseases, such as heart, lung, cancer, and respiratory ailments. Costanza et al. estimated, “[i]n 1997, the value of global ecosystem services was estimated to be around US$ 33 trillion per year (in 1995 USD) [T]he loss of eco-services from 1997 to 2011 due to land-use change [is estimated] at $4.3–20.2 trillion/yr”. Despite the achievements, Cambodia still faces major challenges, from limited financial and human resources to technological availability for fulfilling the commitments under NDCs. This may require more assistance from developed countries through multilateral and bilateral mechanisms in financial and technical support and technology transfer for Cambodia to implement REDD+, access the European carbon markets, and provide effective interventions for other climate actions. Additionally, collaborations with development partners, international and national non-government organisations, research institutions, transnational and national corporates, and local communities are crucial for Cambodia to achieve climate goals and develop into a low-carbon, green, sustainable, and inclusive society.

Experiences from Cambodia indicate that all countries, regardless of the size of the economy or the populations, can play an important role in fulfilling global efforts in combating climate change.