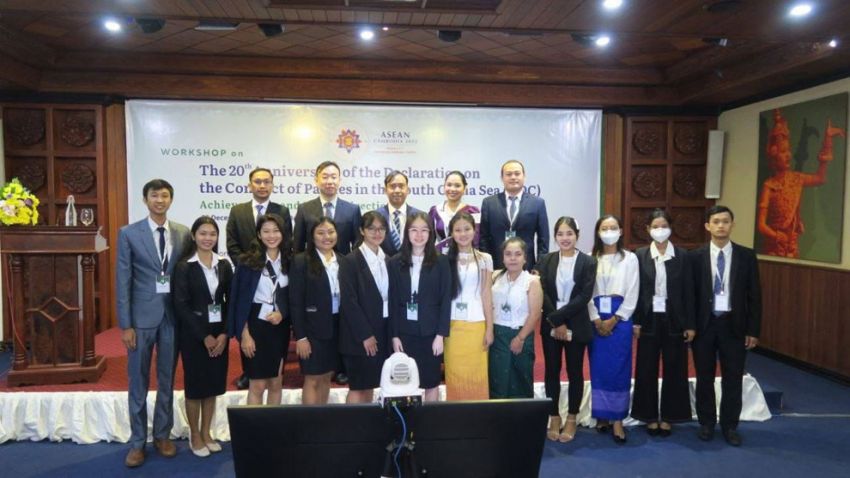 China is “pleased” to work with ASEAN to implement the Declaration on the Conduct of Parties in the South China Sea (DOC) and speed up negotiations on the Code of Conduct (COC), to jointly make the contentious Asian waters a “sea of peace”, according to Chang Jian, councillor at the Chinese embassy in Phnom Penh.

Chang recapped that the DOC was the first political document between China and the 10-nation Southeast Asian bloc on the South China Sea issue, saying that the declaration has significantly contributed to peace and stability in the area.

At a December 20 workshop in Siem Reap province that marked the 20th Anniversary of the signing of the DOC in Phnom Penh, he said that the declaration has fostered “practical” maritime cooperation and promoted the development of China-ASEAN relations over the past 20 years.

“The Chinese side is pleased to work with the ASEAN countries to fully and effectively implement this declaration, as well as to expedite negotiations on the COC to jointly make the South China Sea a sea of peace, friendship and cooperation,” Chang said.