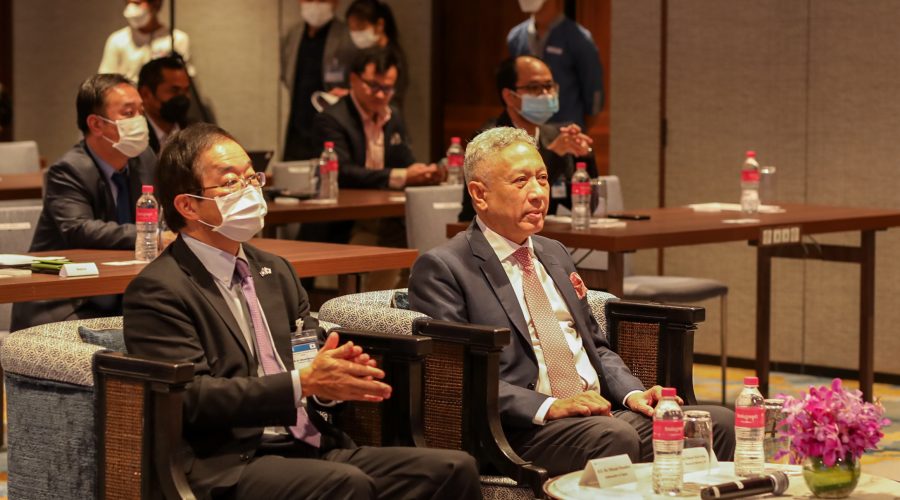 On 25 October 2022, the Centre for Governance Innovation and Democracy (CGID) of the Asian Vision Institute (AVI), in collaboration with the Embassy of Japan in Cambodia, organised the workshop on “Democracy in Asia: Its Development and What It Brings” in a hybrid format at Hyatt Regency Hotel Phnom Penh. The workshop was welcomed by H.E. Mr. Mikami Masahiro, Ambassador Extraordinary and Plenipotentiary of Japan to the Kingdom of Cambodia and opened by Dr. Chhem Kieth Rethy, member of the AVI Board of Directors. More than 60 participants from foreign embassies, government ministries and international development agencies, think-tankers, scholars, experts, and university students attended the workshop.

During the workshop, there were presentations and discussions of the historical development of democracy in the contemporary Asian region, especially in Japan and selected ASEAN countries, including Cambodia, Malaysia and the Philippines. The workshop highlighted the different practices and modalities of democracy differ across the countries, owing to their historical, socio-cultural, religious, legal, political and economic contexts, among others. Moreover, time is a factor in the equation of democratic development in each country. For instance, the democracy in Japan has been developed and transformed since the early 20th century, while the ASEAN countries strived to develop their democratic systems after they had freed themselves from colonial powers and World War II. The ASEAN Charter emphasises democracy as a common principle for all member states, along with the rule of law, the respect of human rights and good governance, among others. In the case of Cambodia, the constitution embraces a liberal and multiparty democracy, whereby regular elections have been held since 1993 in accordance to the prevailing laws.

The workshop highlighted opportunities as well as challenges facing democracy in the Asian region. Despite a general trend of democratic backsliding or retreating, the merits of a strong and vibrant based on local contexts are acknowledged. In addition, stable political systems are viewed as a foundation of peace, democracy and national development that follow. The panellists exchanged their views and perspectives as to how to further promote the process of democratisation in Asia and stressed the important role of think tanks, academia, researchers, development partners and governments in democratic development such as providing policy research and recommendations.

In conclusion, the workshop was conducted successfully with a fruitful outcome. It discussed several questions in the context of democracy in general aspects and the views of expert panellists by providing practical implications for countries in Asia in their paths to the consolidation of democracy in respective countries and regions so as to promote peace, security, stability and prosperity. The participants and the experts expressed their interest in having a future workshop to discuss on such issues as comparative politics and democracy in Asia.