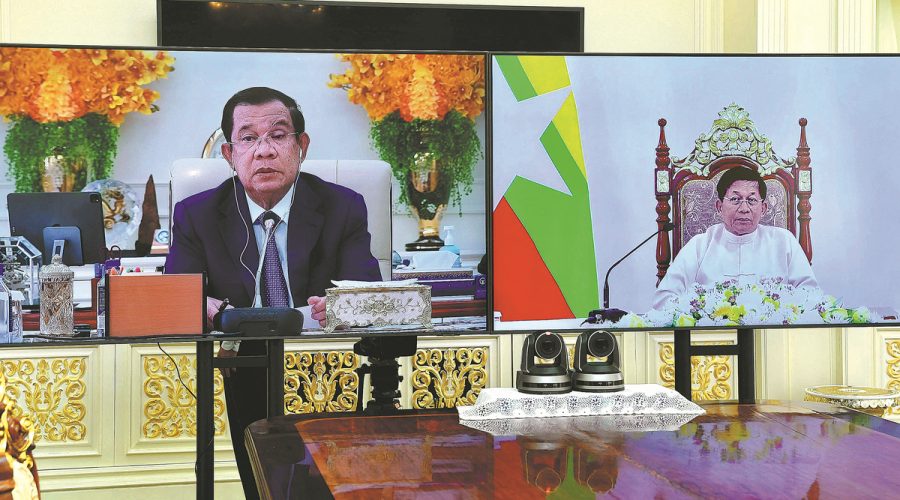 It’s important for Myanmar that progress be made on a five-point consensus reached by the Association of Southeast Asian Nations and for the bloc’s special envoy to visit the country, analysts said in response to talks between Cambodian Prime Minister Hun Sen and Myanmar’s military leader.

At a virtual meeting with Senior General Min Aung Hlaing on Wednesday, Hun Sen expressed deep concerns over the persistent violence in Myanmar, according to Cambodia’s Foreign Ministry. Cambodia is the ASEAN chair for 2022.

He also made appeals on a number of issues, including for concerted efforts by Myanmar to implement the five-point consensus, to Min Aung Hlaing, the chairman of Myanmar’s State Administration Council.

The regional bloc adopted the five-point consensus in April after the Myanmar military took power on Feb 1, 2021. It calls for all violence to end and for constructive dialogue among all the parties to the Myanmar conflict. It also calls for the appointment of an ASEAN special envoy to visit Myanmar and mediate in talks.