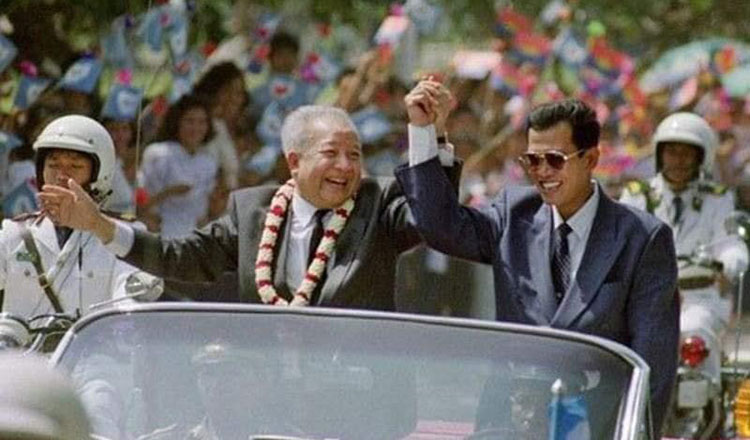 Tomorrow marks the anniversary of the 1991 Paris Peace Agreements (PPA) which brought the four warring factions in Cambodia to the negotiating table mediated by the international community that eventually led to an end to the more than two decades of civil strife in the country and the first democratic elections sponsored by the United Nations in 1993.

Some 30 years later, government officials, scholars and ordinary Cambodians have looked back and expressed their views about how the spirit of the PPA has been fulfilled and translated into actions to ensure peace and democracy in Cambodia.

Phay Siphan, government spokesman, says the Cambodian people owe a deep gratitude to the late King Father Norodom Sihanouk, who had found solutions for Cambodia to have peace.

“And we have had peace until now under the wise leadership of (Prime Minister Hun Sen),” he says. “We should be proud of that.”

Secondly, Siphan says the government has substantially alleviated poverty among millions of poverty-stricken Cambodians during the last three decades.

“We have reduced poverty and we have been happy with our economic growth,” he says.

Meanwhile, the spokesman says the government has also been building the rule of law based on which the authorities have provided services to the people in accordance with democracy.

“In other words, we have given power to the people, but not in a way to encourage people to demonstrate and curse the government on the streets,” he says.

Following the first national elections organised by the United Nations in 1993, Siphan says the government has held many other elections at the end of each mandate.

Regardless of  the criticism by the opposition groups and the certain circles within the international community, the spokesman says the government has put top priority to the protection of the Cambodian people’s lives over other issues.

“Most importantly, we have protected the people,” he says. “That is why we have not allowed anybody to cause ‘rain and storm’ that destroy the safety and lives of the people.”

Last but not least, Siphan noted that the government has successfully ensured that not many people have been infected by the new coronavirus and not many Cambodians have died during the Covid-19 pandemic.

“These are the benefits that we have received from peace,” he says.

Ministry of Justice and Cambodia Human Right Committee spokesman Chin Malin told Khmer Times yesterday that after three decades it is time for critics to stop harping on the basic wordings of the Paris Peace Agreements now because Cambodia has moved forward by having a Constitution, with the essence of the documents contained in it, following elections in 1993.

“The Constitution supersedes the basics outlined in the Paris Peace Agreements and there is no law bigger than the Constitution,” he says. “However, some NGOs use the PPA to criticise the government because they want to allow foreign interference in the internal affairs of Cambodia.”