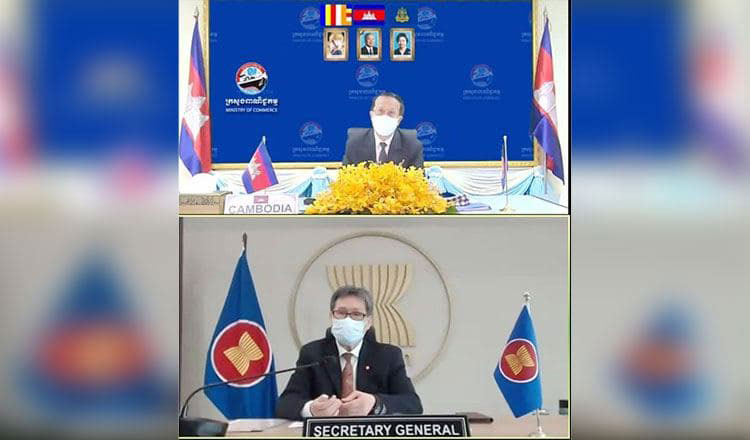 Cambodia’s hopes of being a member of the world’s biggest free trade bloc as early as Jan 1 may be frustrated by some signatories of the Regional Comprehensive Economic Partnership (RCEP) dragging their heels over ratification.

RCEP is the result of eight years of talks. It would create a free-trade bloc covering 30 percent of the world’s economy, exports and consumers. Members are anticipated to gain $174 billion in real income by 2030, according to the Asian Development Bank.

Cambodia is one of the 10 ASEAN members that signed the agreement in November along with China, Japan, South Korea, Australia and New Zealand. It will come into force 60 days after ratification by six ASEAN and three non-ASEAN signatories.

Cambodia’s National Assembly passed a draft law last week approving RCEP ratification. ASEAN member Singapore has signed off on it, along with China and Japan.

Many of the RCEP members economic ministers held a videoconference on Monday this week. A joint statement welcomed efforts by signatory states to “complete their internal process to have the RCEP agreement enter into force by early January 2022 as targeted”.

However a Japanese government insider told news website Nikkei Asia “implementation at the start of next year will be tricky”.

Mekong Strategic Partners Managing Director Stephen Higgins told Khmer Times a delay may not be the end of the world because RCEP’s benefits will be felt fully once the Coronavirus pandemic is over.