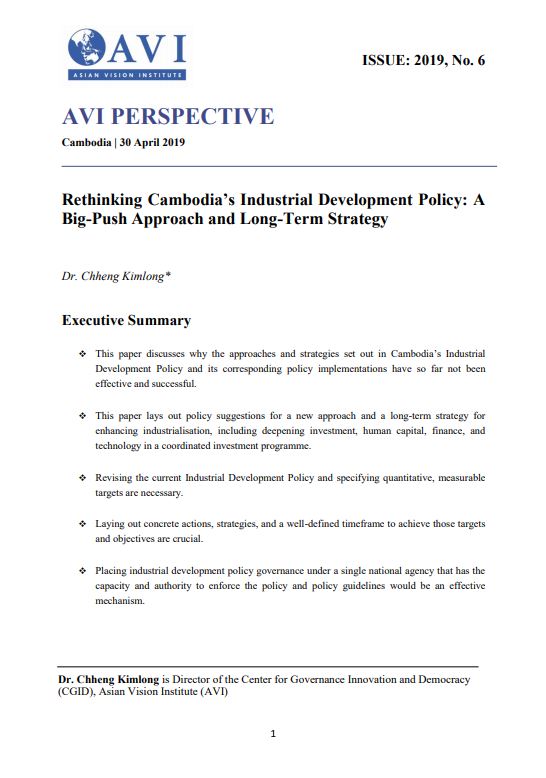 The 2015-2025 Industrial Development Policy (for simplicity, IDP 1.0) adopted in 2015 has become a roadmap that guides the deepening of the scale and scope of industrialisation in Cambodia. IDP 1.0 aims to promote the country’s industrial development to maintain high, sustainable, and inclusive economic growth through economic diversification, strengthening competitiveness, and promoting productivity. As it appears, without this policy there could not be any progress toward the formulation of integrated steps to begin the process of conceptualising strategies for actualising the industrial growth prospects Cambodia. However, by any reasonable measure, the steps and strategies set out in IDP 1.0 to materialise the goals of industrialisation are flawed. For example, there has been no rigorous investment policy to embrace and launch technological research and innovation. Besides technological adoption, there is no clear plan to invest heavily in technological research and development (R&D) or technological innovation in the country. Additionally, the investment incentives appear to favour large investment schemes, creating a policy distortion. Two other factors, namely policy failure and coordination failure, are the fundamental constraints to realising the industrial development goals. Finally, a lack of investment finance and slow pace of technological innovation are the stumbling blocks the government needs to remove. In this paper, I explain why IDP 1.0 has not been effective and what can be done to promote a faster and more reliable growth of industrialisation to support the medium- to long-term development goals. Revising the policy is not only important but also necessary to build the industrial base and to enhance the foundation for long-term economic growth.

IDP 1.0 recognises that Cambodia’s industrial sector is weak and narrow-based with a concentration on garments and food processing, while the manufacturing sector is generally unable to compete in the international market. Cambodian industries have a low industrial base but a large informal sector and a missing middle structure crippled by weak entrepreneurship, low value addition, and a low level of technological application. Most of the industrial activities are urban centred. Structural adjustment has altered policy responses.

Industrialisation that began in 1953 did not bring much change as the country rolled back into civil wars in the late 1960s, but it has only emerged as a powerful driver of strong economic growth since the adoption of open economic system in 1993. The trend of industrial development from1993-2017 reveals that the share of industry over Gross Domestic product (GDP) has risen from 12.6 percent in 1993 to about 25 percent in 2003 but then slowed down after reaching 26.2 percent in 2006 (Table 1). By the end of 2017, the share of industry over GDP rose to almost 31 percent. The positive trend will continue due to growth in the construction sector. The industry valued-add growth rate increased again in 2010 in the aftermath of the global economic crisis but has slowed down from almost 30% in 2010 to about 6.5% in the past five years (Table 2). The World Bank World Development Indicators 2019 show that manufacturing has increased only very slightly from about 9% in 1993 to 18.2% in 2003, and slightly over 16% in 2017 (Table 3). If it continues to be weak, industrialisation cannot take off and can prompt the whole process of industrial development to be stalled.

The structure of the economy has been transformed by globalisation and the rapid growth of technological advancement prompts careful and long-term development planning. Key economic fundamentals of the country must be monitored and assessed as to what extent they can be used and to what extent additional factors of production must be developed to support the industrialisation process. The share of capital formation has risen remarkably. A quick assessment of the strategies revealed that, at most, five percent of the plan has been achieved, but the recent government report has claimed to have achieved 90 percent of the goals.

The country has great potential to develop its industrial sector. For example, a large majority of Cambodians are under 35 years old and industrial wage rates remain low, a comparative advantage the country can look to develop and strengthen. However, many factors might have affected the growth and prospect of industrialisation in Cambodia, such as high input costs of energy and transportation and a lack of supporting sectors that supply low-cost intermediate goods and services to assist the industrial production of manufactured goods. All in all, these, together with a shortage of skilled workforce that specialise in product engineering and design, electrical circuits and electronic applications, science and technology, and mid- and top-level managerial skills, further constrain the country’s industrial development.

There has been strong evidence that developing the workforce, achieving low production costs, and ensuring an expansive vertical and horizontal integration of the main industrial firms with their subsidiary production chains and promotion of SME linkages in value addition are necessary to push and pull industrialisation. Models of industrialisation of some countries in East Asia and Southeast Asia, including Japan, South Korea, Taiwan, Hong Kong of China, China, Singapore, Thailand, Vietnam, and Malaysia are worth a thorough examination. However, it is not possible to discuss those individual country case studies in this paper.

IDP 1.0 has embraced four strategies. First, mobilising and attracting foreign investments as well as private domestic investments by focusing on large industries, expanding markets, and enhancing technology transfers. Second, developing and modernising small and medium enterprises (SMEs) by expanding and strengthening the manufacturing base, modernising the registration of enterprises, facilitating technology transfers, and promoting industrial linkages. Third, enhancing the regulatory environment to strengthen the country’s competitiveness, such as in investment climate and trade facilitation, market information dissemination, and informal fees reduction. Fourth, coordinating supporting policies such as the development of human resources, technical training, improvement of industrial relations, development of support infrastructures such as transportation, logistics and information and communication system (ICT), the supply of electricity and clean water, and public, social, and financial services.

The steps and procedures set out in IDP 1.0 to meet the goals of industrialisation are flawed. There has been no rigorous investment policy to kick start technological innovation. The main areas of policy targeting include the development of agro-industry and SMEs, promotion of vocational training and human resources, and expansion of transport infrastructure and logistics. However, IDP 1.0 has failed to provide a concrete plan and strategy that sets quantitative targets to be achieved within a measurable timeframe. Without setting clear targets and timeframes, a policy will easily go astray and subsequent policy recommendations would quickly diverge from the policy’s initial purpose. So far, Cambodia is only on the verge of diversifying its industry into higher value production, particularly the manufacture of electronic and automotive parts of the expanding manufacturing value chains for exports. Another key flaw in the investment law to revise is the incentives given in the forms of tax exemption, tax holiday, and legal facilitation only to qualifying investment projects (QIPs). This, while founded on good intentions, has sent a negative signal to potential small investors who are not capable of reaching the criteria for QIP status.

IDP 1.0 has yet to consolidate piecemeal investment projects into a single coordinated programme by different sectors and subsectors in the economy. Lessons learned from successful industrial countries in East Asia, such as South Korea, Japan, Taiwan, and China, show that a well-coordinated investment programme is highly effective in industrialising each of the different sectors. Piecemeal industrialisation has never taken off as the costs in terms of tariffs, subsidies, and revenue losses are generally higher for the country’s uncoordinated investment programmes. Simultaneous industrialisation of many sectors can be self-sustaining and profitable. The ‘Big Push’, introduced by Murphy, Shleifer, and Vishny (1989), aims at moving from an underdevelopment equilibrium to an industrialisation equilibrium over a specified timeframe through simultaneous industrialisation of economic sectors. Importantly, the process can be made successful and possible by establishing supporting complementarities between various sectors through market size effects within and across the industry and sectors. The inefficiency, if any, would call for government policy and intervention in promoting the coordination of diverse investments across sectors to support robust industrialisation.

Policy fragmentation is prevalent and has become a bottleneck for policy coordination. The root causes for this governance failure have stemmed from the fact that different government ministries and agencies have had overlapping portfolios and thus they have been implementing overlapping policies, in which bureaucracy has surpassed the minimum threshold of an effective and efficient government. For instance, while the Ministry of Industry and Handicrafts has developed a SME policy framework, the Ministry of Economy and Finance has developed and managed its own SME development fund.

IDP 1.0 introduces the long-term goals to rezone Phnom Penh into industrial and residential districts, turn Sihanoukville into a multi-purpose Special Economic Zone to become an ASEAN Green Industry and Metropolitan City, prepare a national policy on employment, and devise an effective mechanism for setting minimum wages based on labour productivity and socioeconomic conditions. The proposed new Law on Special Economic Zones and an amended Law on Investment have not been adopted so far. Moreover, the short-term goals in the 10-year plan do not have a clear timeframe for them to be achieved. Concrete provisions have been delayed, affecting SME sector growth, which has stifled the efforts to achieve the goals of the Industrial Development Policy. Policies and strategies to upgrade and modernise SMEs and establish their linkages with large multinational firms as one of four primary pillars of the industrial development plan have still not been adopted.

IDP 1.0 does not articulate a policy coordination process that allows coordinated investment activities to be aligned with the supporting sectors of the economy. There has been little, if any, investment promotion that targets a complete ‘industrial park’—known as agro-industrial food producing and processing powerhouses—to involve a multitude of interrelated farm activities, animal husbandry, energy production for use in the industrial park, animal feed production, and water and waste management.

No single national agency has been established to have the complete authority to supervise the policy planning and policy implementation of the industrial development plan, to enforce the policy implementation, and to penalise those implementing agencies for failure to implement the national industrial policy. Although IDP 1.0 has commissioned the Council for the Development of Cambodia (CDC) to take charge of policy decision-making, designing and implementing plans, and addressing challenges in the industrial sector to transform this institution into an effective mechanism to lead, coordinate and enhance the implementation of IDP 1.0, this is technically a flawed decision for two reasons. Firstly, the CDC is not capable of governing an industrial policy designed by individual government ministries and agencies. Secondly, the CDC does not have sufficient resources to monitor and supervise government ministries and agencies to implement their individual policies. Because of this failure, existing industrial development plans have not been harmonised with other national development programmes, resulting in clashes and confrontation even among ministries and government agencies. 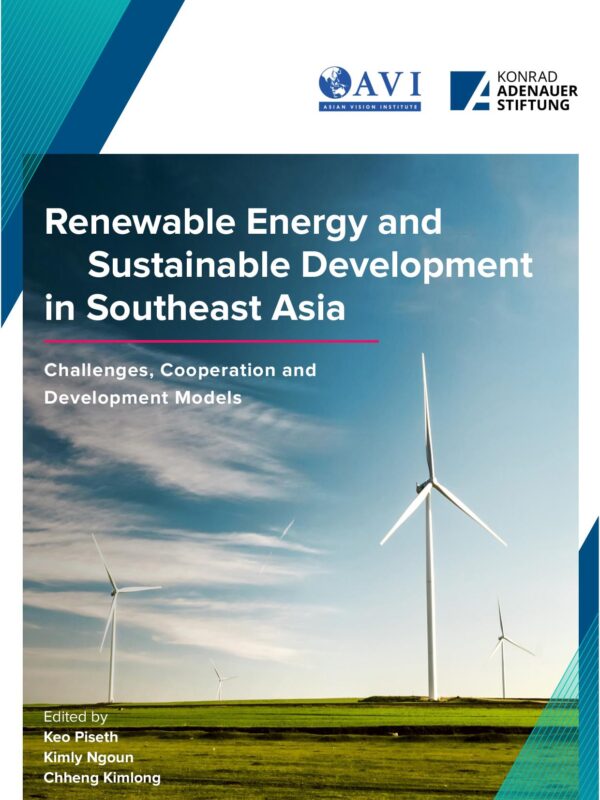 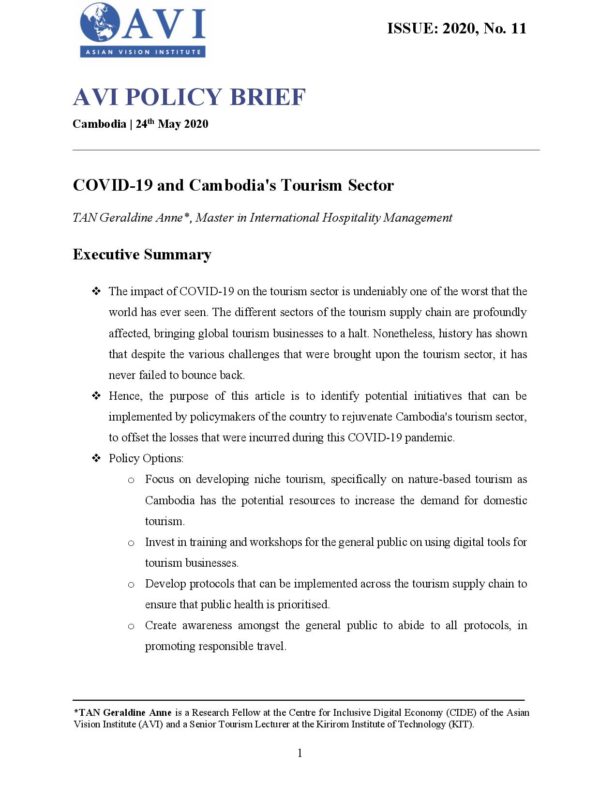 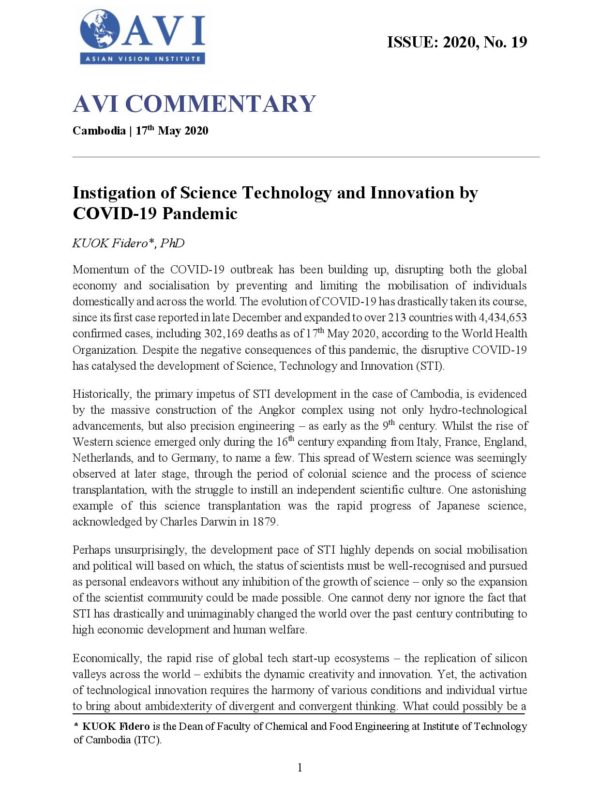 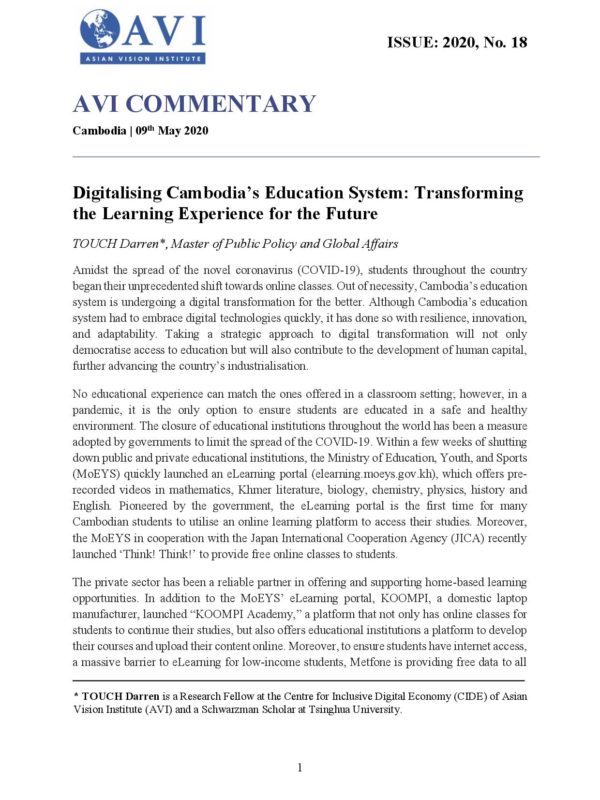