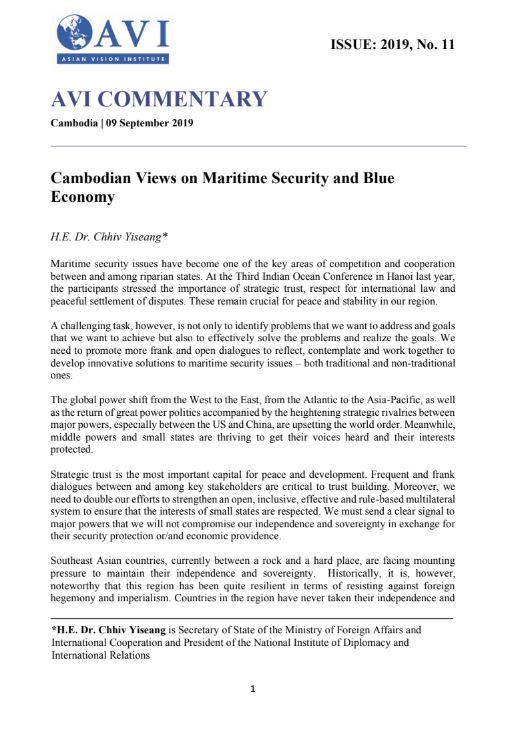 Maritime security issues have become one of the key areas of competition and cooperation between and among riparian states. At the Third Indian Ocean Conference in Hanoi last year, the participants stressed the importance of strategic trust, respect for international law and peaceful settlement of disputes. These remain crucial for peace and stability in our region.

A challenging task, however, is not only to identify problems that we want to address and goals that we want to achieve but also to effectively solve the problems and realize the goals. We need to promote more frank and open dialogues to reflect, contemplate and work together to develop innovative solutions to maritime security issues – both traditional and non-traditional ones.

The global power shift from the West to the East, from the Atlantic to the Asia-Pacific, as well as the return of great power politics accompanied by the heightening strategic rivalries between major powers, especially between the US and China, are upsetting the world order. Meanwhile, middle powers and small states are thriving to get their voices heard and their interests protected.

Strategic trust is the most important capital for peace and development. Frequent and frank dialogues between and among key stakeholders are critical to trust building. Moreover, we need to double our efforts to strengthen an open, inclusive, effective and rule-based multilateral system to ensure that the interests of small states are respected. We must send a clear signal to major powers that we will not compromise our independence and sovereignty in exchange for their security protection or/and economic providence.

It is clear that the competition among major powers for influence in the Indian Ocean as well as in Southeast Asia is intensifying. As a member of ASEAN, I would like to assert that our unity, solidarity and neutrality are key to ASEAN’s relevance as a regional organisation. It is for our common interest to jointly build a rule-based regional order where the interests of ASEAN member states can be protected and promoted, and the ASEAN’s centrality can be maintained. ASEAN is our security shield and an economic locomotive.

In relation to the ongoing conceptual debate on Indo-Pacific, ASEAN can be an indispensable force for peace and cooperation in the Indo-Pacific region for the obvious reason that Southeast Asia is the gateway between the Indian and Pacific Oceans. In fact, the ASEAN Outlook on the Indo-Pacific stresses the importance of connecting the two oceans. More importantly, there are opportunities and potentials for ASEAN to effectively connect the two oceans through existing mechanisms, including the East Asia Summit, ASEAN Regional Forum and ASEAN Defense Ministers’ Meeting Plus.

The Regional Comprehensive Economic Partnership (RCEP) can be an important part of the economic pillars of the Indo-Pacific. It is in my hope that the RCEP negotiation will be concluded in the near future. RCEP will be the key pillar to sustain an open, inclusive and rule- based multilateral trade system. Together we can fight against protectionism and unilateralism being implemented by a major power.

ASEAN should also explore opportunities to get involved in strengthening maritime security in the Indian Ocean, especially to share information, experiences and expertise under the framework of ReCAPP Information Center- the Regional Cooperation Agreement on Combating Piracy and Armed Robbery against Ships in Asia (ReCAAP).

As far as Cambodia is concerned, we are interested in furthering cooperation on maritime security especially on non-traditional security issues such as marine environment, freedom of navigation, climate change, disaster prevention and relief, sustainable fishing, piracy, and search and rescue operations. Building capacity on international maritime law enforcement is critical to maintaining good order at sea.

Cambodia is interested in developing its Blue Economy to further connect and integrate with regional economies. The objectives of the Blue Economy are the realization of smart, sustainable and inclusive growth and the generation of employment opportunities from maritime economic activities.

Connecting people, connecting knowledge, and connecting actions on maritime security and the blue economy are essential for the future of our region, particularly to realize more resilient, sustainable and inclusive societies in the Indo-Pacific.

Cambodia aims to play active and constructive roles in contributing to the building of a more resilient, inclusive, and prosperous Indo-Pacific region based on the principles of mutual respect, mutual interest, consultation and consensus, equal sovereignty and partnership, and non-interference. Cambodia is open to dialogues, cooperation and inclusive friendship.

This commentary is based on my remarks at the Indian Ocean Conference in Maldives on 3-4 September 2019. The views expressed are the author’s own and do not reflect the views of the Asian Vision Institute. 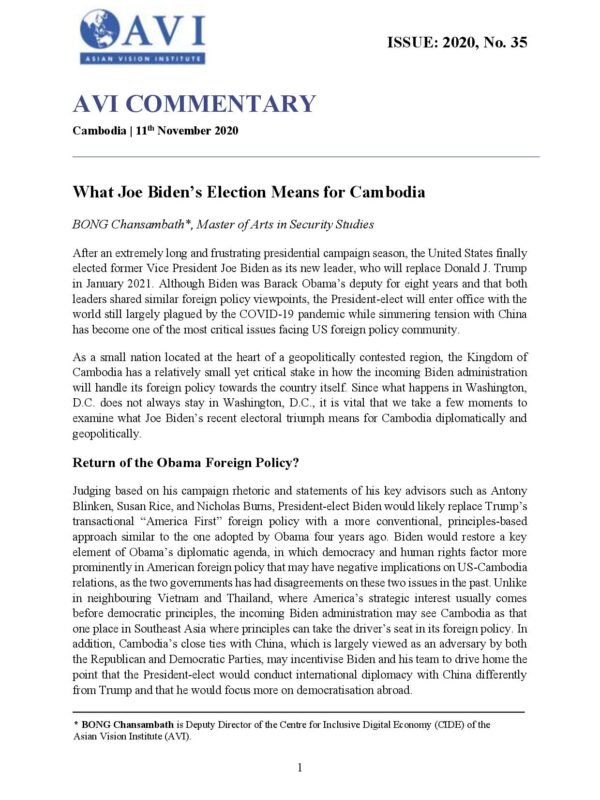 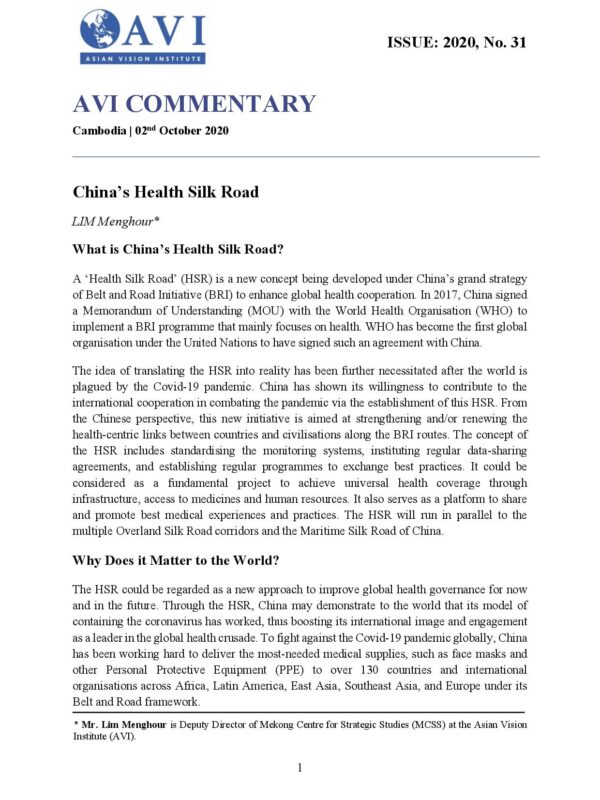 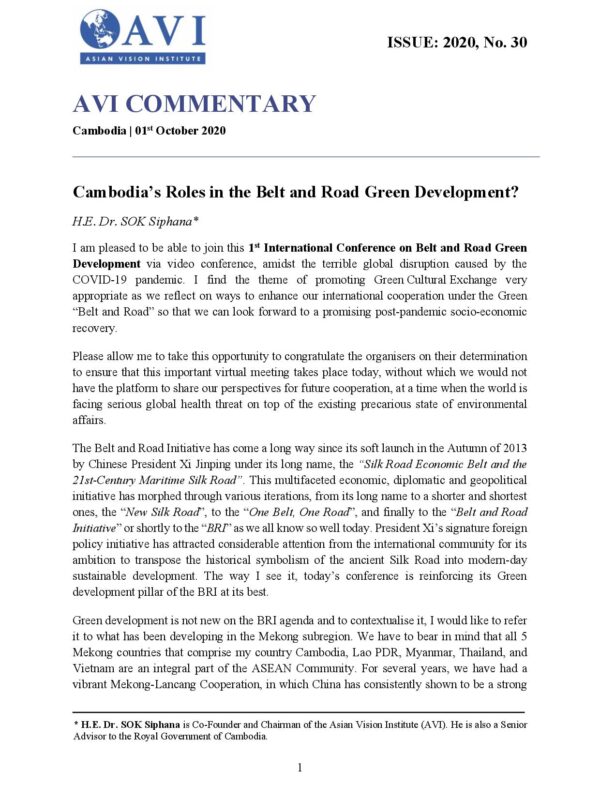