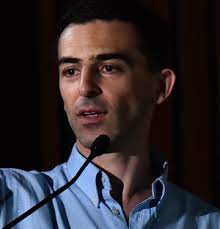 Eric Frécon, who is now based in Singapore, was Lecturer at the French Naval Academy in 2012-2018. He is Coordinator of the Observatory on Southeast Asia within the Asia Centre, in Paris, since 2012, Adjunct fellow at IRSEM (Institute for Strategic Research) and at the French Naval Academy-Sorbonne since 2018 as well as a member of the EU Committee of the Council for Security Cooperation in the Asia Pacific (CSCAP). In 2011-2012, he was Deputy Chief Editor of the bimonthly policy and international politics magazine, Diplomatie. Previously, he served as a research fellow within the S. Rajaratnam School of International Studies (Singapore), where he stayed for three years. He gave lectures on Southeast Asia at Sciences Po (Paris), Sciences Po (Lyon) and at IRIS (Institute on International and Strategic Relations) in Paris.
He completed his Ph.D. at Sciences Po (Paris) in 2007. His last book is entitled Chez les pirates d’Indonésie [Among the Indonesian Pirates] (Fayard, 2011). He has also co-directed Asie du l’Est et du Sud-est : de l’émergence à la puissance [East and Southeast Asia: from Emergence to Power] (Ellipses, 2015) and the special issue of Monde Chinois-Nouvelle Asie on China and Southeast Asia (Eska, 2018).