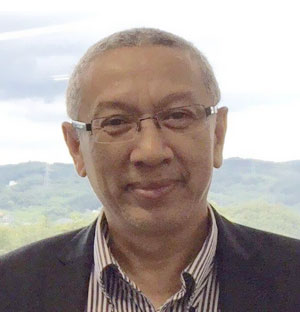 Professor CHHEM Kieth Rethy is a medical doctor, science diplomat, educator and historian
with extended experience in Digital Science & Technology, Global Health Diplomacy, Nuclear
Technology Policy, and Executive Education. He was Professor of Radiology in Canada
(McGill), Singapore (NUS), Austria and Japan (Hiroshima, Nagasaki, Fukushima Medical
University) for 30 years. He was the Chair of the Radiology and Nuclear Medicine Department
of University of Western Ontario. He was the Director of the Division of Human Health at the
International Atomic Energy Agency (IAEA). He holds a MD, a PhD in Education and a PhD
in History. He published more than 100 scientific articles and edited 17 textbooks. He was invited
keynote speaker in more than 70 countries. Over the last 3 decades, he developed a deep expertise
in international development, digital transformation, and nuclear science Communication.
From 2014 to 2019, he was the Executive Director of the Cambodian Development Resource
Institute (CDRI), a leading think tank in Cambodia, that ranked at the Top 100 of the University
of Pennsylvania Global Think Tank ranking. He is also a member of Advisory Board of the
International Center for Higher Education Innovation (UNESCO) at the Southern University of
Science and Technology in Shenzhen. He is a distinguished visiting professor at the Atomic
Bomb Disease Institute, Nagasaki, Hiroshima and Fukushima Medical University. He is a
cofounder of China Studies Center at CDRI. He is an international advisor to the China Institute
of International Studies in Beijing and a Senior Fellow at the Asia-Pacific Fellows Network of
the East West Institute in New York City.
In May 2019, Professor CHHEM Kieth Rethy was appointed by royal decree, Minister Delegate,
Attached to the Prime Minister.