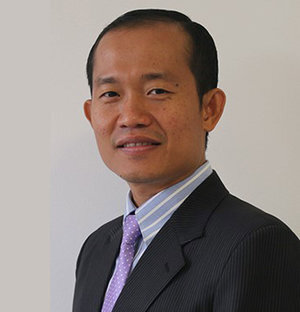 Leng Thearith holds a PhD in Political and International Studies from the University of New South Wales Canberra in 2018 under the Australian Endeavour Scholarship, and an M.A in International Peace Studies from the International University of Japan in 2009 with first class honours. Dr. Leng has extensive experiences in the field of IR. From 2004 to 2006, he engaged in a Japanese peace-building program (JSAC) where he obtained both Gold and Silver working medals from Cambodian Prime Minister for his outstanding contributions to the peacebuilding in Cambodia. Between 2006 and 2011, he worked as the Bureau Chief of the General Department of ASEAN of the Ministry of Foreign Affairs and International Cooperation of Cambodia. In 2009, he became the academic advisor to the Department of International Studies of the Royal University of Phnom Penh, where he was in charge of designing the curriculum, supervising the honours program, giving lecturers and doing other tasks at the department. Concurrently, Thearith also served as a research fellow at the Cambodian Institute for Cooperation and Peace (CICP) on the part-time basis.